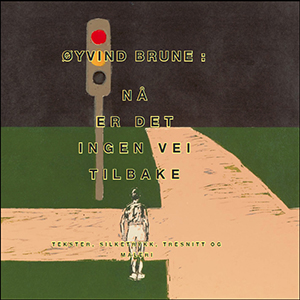 Øivind Brune (1942 – 2015 ) had a rich production as painter and graphic artist. Some of his works were created (or has later been seen) as series of pictures, pictures that also could function as singular works. Some of these series has been fully shown in exhibition, some not.

This book presents most of these series. When we started the work Øivind was asked to write an induction to each series, as a help to the viewer. It took a while, but Øivind delivered the texts. Not explanations or analyses, but short poetic or narrative text with a paradoxical mixture of humor and melancholy.

I additon there are texts by the artist Morten Krohg and the art historian Per Bj., Boym.

The following series are presented in the book: